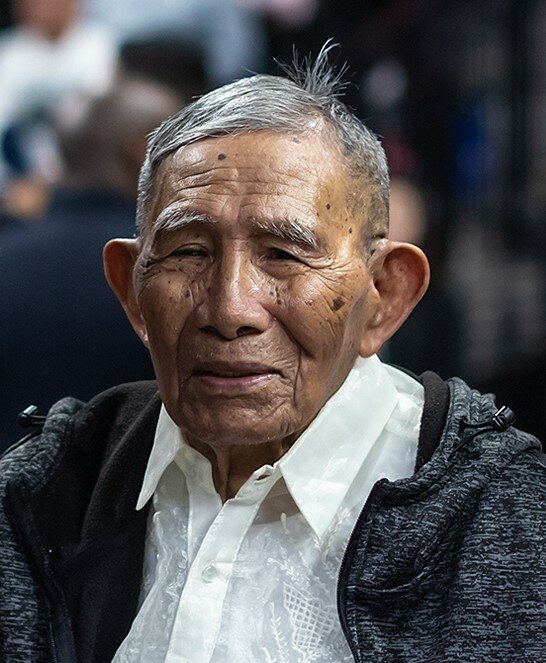 Liban Lingbaoan Brillantes was born on December 26, 1916 in Sallapadan, Abra, Philippines to Alonzo & Podoen Allao-Brillantes. Liban was born again in his late 20’s and was a follower of Christ his whole life. He attended public school in Bucay, Abra up to grade 6. He was joined in holy matrimony at the age of 17 to Rosita (Sindong) Flores for 46 years. To this union 9 children were born. Liban joined the 121st infantry of the Filipine Army under US command at the age of 21. He aided the US military with secret intelligence in the fight against the Japanese during WW2. After the war, Liban continued his farming career, raised his family and was able to send 6 of his children to college. He was also very passionate about politics so he decided to run for barangay Captain during late President Marcos regime. He was elected for two terms as Barangay Captain (first councilor). One of Liban’s greatest wishes was to come to the United States of America. He was able to fulfill his dream in 2004. He bought a one way ticket to Tampa, Florida and at the age of 87 boarded his first airplane. His next wish was to become a US citizen. He studied day and night to learn all he could about the country he had fought side by side with just 74 years prior. On June 28, 2012 at the age of 95 he became a citizen of the USA. Next on his bucket list was to see some of his children in their country of residence. At the age of 97 & 98 he traveled solo to Calgary, Canada and London, England. He experienced snow and harsh winter for the first time in his life and didn’t care for it at all. His final trips were to see his grand daughter at the age of 103 and his great-grand daughter at the age of 104 in San Antonio, Texas. During his years in America he enjoyed gardening, reading his Bible, going to church, long drives (especially on bridges), watching the waves at the beach, exploring new places, watching MMA and spending time with his family. Liban departed this life on October 31, 2021. He is survived by his 5 living children, grandchildren and great grand children.
To order memorial trees or send flowers to the family in memory of Liban L Brillantes, please visit our flower store.