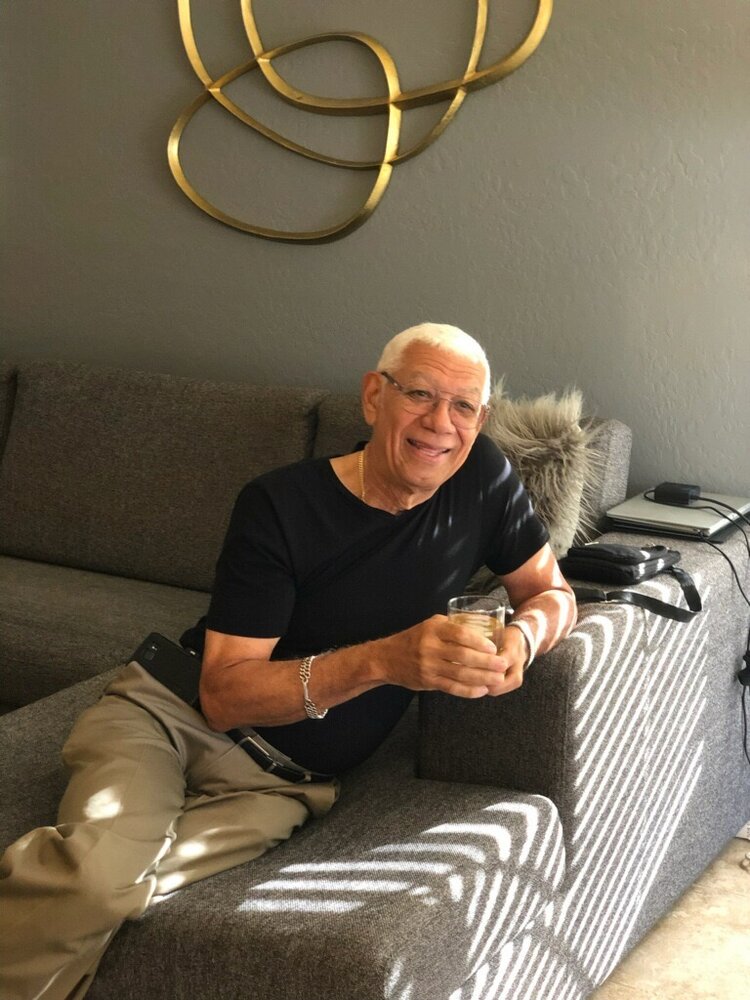 On Thursday, April 7th 2022, Godfrey Arden Gonzalez was called home at the age of 77. The world has lost a great husband, father, and grandfather. In addition to his wife Marjorie and their three children, Richard, Natalie, and Natasha, Godfrey is survived by his brother Jeffery Gonzalez, his sons-in-law, David DeMarco and Jeffery Finlan. He is also survived by his five grandchildren Jaiden, Gavin, Shane, Sabrina, and Melina. He was preceded in passing by his father John Gonzalez, his mother Celestina Gonzalez, his brother Ken Gonzalez and half-brother Robert Krucia. Godfrey was born in San Juan, Barataria, Trinidad and Tobago to John and Celestina Gonzalez. He loved spending time with his friends playing soccer and cricket. Godfrey worked in the accounting department for Texaco oil company and this sparked his passion for accounting. In his early teenage years, he met Marjorie Thong. They fell in love and despite the many years that they spent apart living in different countries, they got married and started a family, complete with three children. Being a kind and dependable father was of the utmost importance to Godfrey and he certainly did not disappoint when it came to wholeheartedly loving his family and giving of himself to his extended family and friends. When people speak about Godfrey they always referred to him as being a friendly and pleasant person. He will be greatly missed! The family would like to extend a special thank you to the nurses and medical team at Bayonet Point Hospital in Hudson for the loving care and support during his final days. The funeral service will be held at St. Thomas Aquinas Catholic Church on Friday, April 29th, 2022 at 11:30a.m. Memorial donations may be made to St Jude Children’s Hospital and Shriners Hospital for Children.
To order memorial trees or send flowers to the family in memory of Godfrey Arden Gonzalez, please visit our flower store.