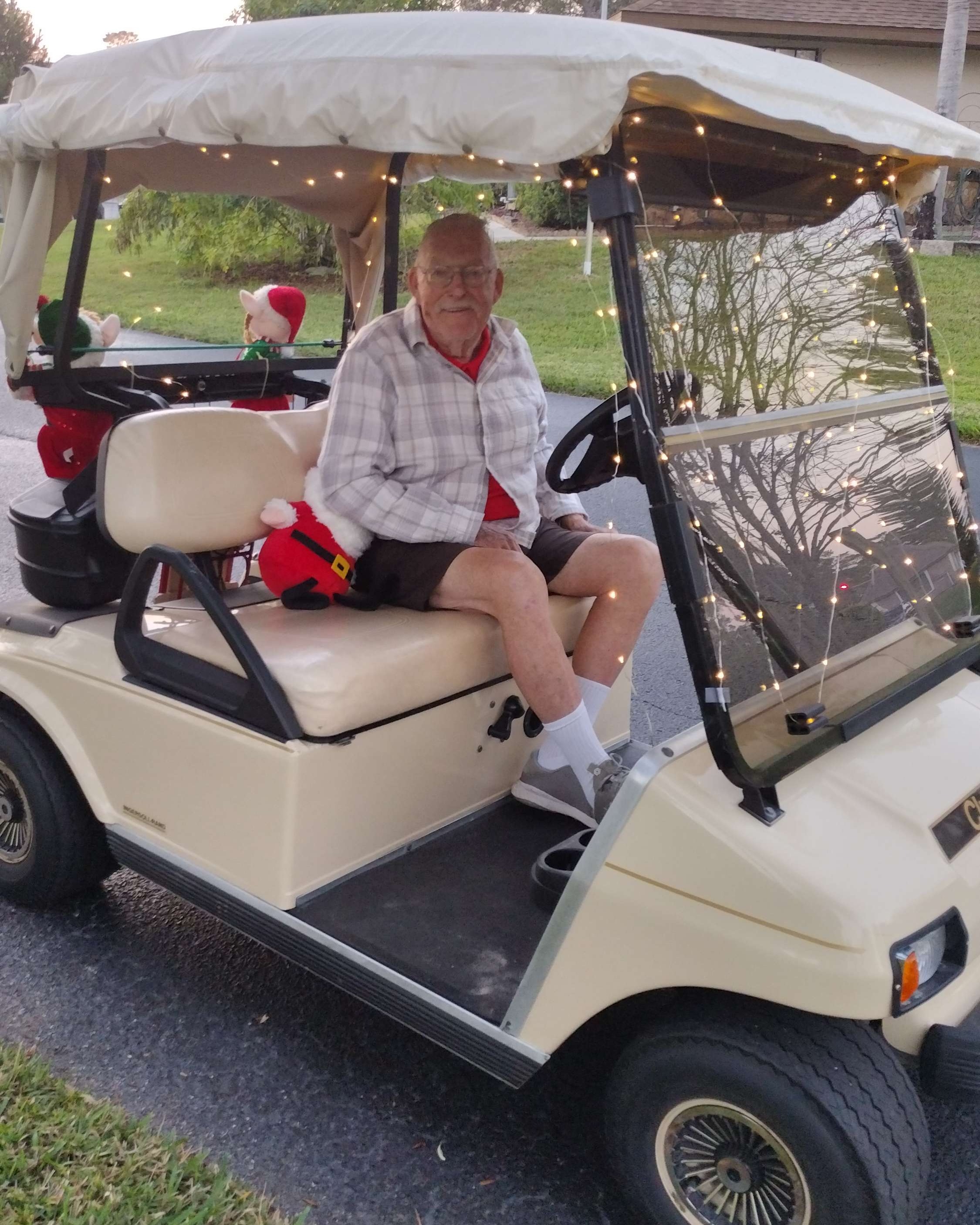 Bud grew up in North Saint Paul, MN and graduated from North Saint Paul High School with the Class of 1951.  He was a member of the Naval Reserves before working on the railroad and later worked in sales and real estate.  After retiring, in addition to learning to love golf (shot three holes in one), he became known around the neighborhood as the guy to call if you needed something fixed. He was a member of the Optimists Club. King of Kings Lutheran Church and the Tall Pines Men’s Club as well as a long-time Director/Officer of both the Tall Pines Community Association Board and the Ruxton Homeowners Association Board.

In addition to his parents, he was predeceased by his sister, Carol Miller, and his youngest son, Mike Johnson.

In lieu of flowers, please make charitable donations to either The Volunteer Way Food Pantry of New Port Richey (thevolunteerway.org) or The First Tee of Tampa Bay (firstteetampabay.org).

To order memorial trees or send flowers to the family in memory of George Johnson, please visit our flower store.

A short prayer service will be held at 12:00 noon immediately followed by a luncheon. Please come and share your memories of Bud.