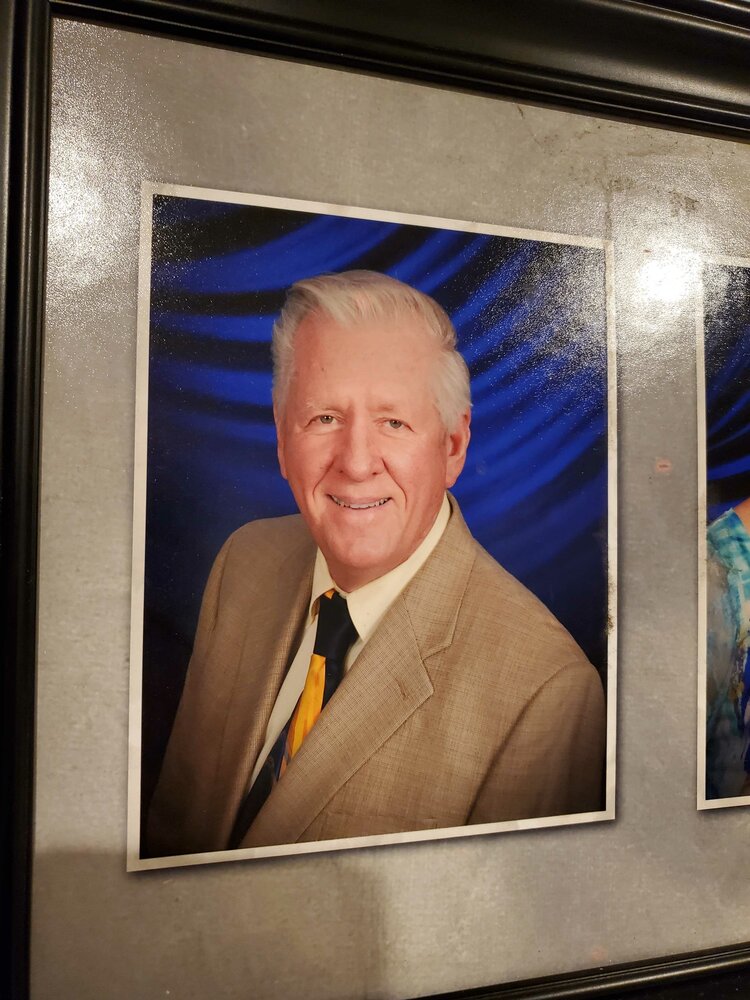 Dr. Frank L. Nickels died at the age of 77 on Sunday, May L,2022, at his home in New Port Richey, Fl surrounded by his family. Frank's love for life and others did not end with his death. His family will continue to honor his legacy in living their life to the fullest by continuing in his footsteps of spreading "contagious generosity" and making a difference in the life of others in all possible moments. Frank was born in 1944 in Kingsport, TN to Frank and Zella Nickels. Frank attended Ketron High School in Kingsport, TN and then moved to Florida with his family, graduating from Clearwater High School. He then went on to pursue a Bachelor of Science in Education from the University of South Florida, where he met the love of his life, Sharon. They both graduated and then married. Frank then went on to pursue a Master of Science in Education from the University of Mississippi. Frank taught business subjects at Seminole High School in Seminole, Florida and Oakgrove Middle School in Clearwater, Fl. During this time, he pursued his Ed.D. from Nova Southeastern University (doctorate of education) and another Masters of Business Administration from Nova Southeastern University as well. ln 1976, he became a Professor Business for the next 30 years at Pasco Hernando State College. ln the 1-980's, Frank led the way in partnering with Nova Southeastern University and local businesses to offer undergraduate and graduate programs on site for their employees. He became the Cluster Coordinator for Nova Southeastern University and helped develop these programs, He also taught for the Academy of Merchandise and Design in Tampa part time along with St. Petersburg College. Frank had a love for learning and for teaching. His college students loved taking his classes due to not only his knowledge and skill base but because of his love for making each person feel important and that they mattered. He had an extrovert personality with a heart warming smile. He loved to laugh and practiced what his family calls "contagious generosity" with any and all that he came into contact with. From the time Frank was a young teen, he told his parents he would one day take care of them with the knowledge he was obtaining in his studies. He took learning seriously. He was able to live out that promise, not only to his parents, but his own family that he created with his wife Sharon. As a child, Frank gave his heart to Jesus Christ. As an adult, he was a member of Calvary Baptist Church in Clearwater. He established many of his life-long friendships there. He worshiped every Wednesday night, Sunday morning and Sunday night with his family there for several decades. He also taught 5th grade Sunday School while he was a member. In 2005, Frank and his wife moved from Palm Harbor, FL to New Port Richey, FL and they moved their membership to the First Baptist Church of New Port Richey, where he served as a Deacon. He continued to make more life-long friends. He oversaw the Benevolence Fund while serving as a Deacon. This was the perfect role for him because Frank loved to help those in need. Frank was a devoted husband, father, and grandfather. He is survived by his wife of 50 years Sharon, his tow daughters Shari Linger (Trinity, FL), Melanie Niemerg (Clearwater, FL) and his 9 grandchildren Eirelyn DeMet, Frank "Logan" McEnery, Liaiden McEnery, Deacon Yarber, Jacob "Jake" Niemerg, Josh Niemerg and Hannah Niemerg. Frank was preceded in death by his sister, Sandra Douglas Edmunds and sister Carol Harrison. He survived by his sister Cheryl Castle, and two brothers, Dennis Castle and Curtis Castle. Frank had many nieces and nephews that he loved dearly as his own. He will be forever missed and his impact forever felt. Services for Frank Nickels will be held this Saturday, Mary 7, 2022, at the First Baptist Church of New Port Richey. Public viewing will begin at 10 am, Celebration of Life service at 11am and Reception to follow.
To order memorial trees or send flowers to the family in memory of Frank L. Nickels, please visit our flower store.